No, this is not a New Year's resolution to blog more, write more, or even share more (I think my rampant social media activities do a good enough job of that).

This is actually an idea that would have seen realization sometime last year had I not thought it would be better, clerical-wise, to begin with week one of the year.

And so here we are.

The concept is simple: I want this blog to be a weekly curation of my experiences, recommendations, interests, discoveries, etc. Because I do believe that: a) Minute-by-minute updates about one's life can be quite annoying; and b) some things deserve more than 140 characters and a minute of attention.

That's not to say my ramblings here are gonna be less vapid though.

So what have I been up to this past week?

Well, Alec, Hec, Jovan, and I went to Tatcee's annual year-end get-together with Plurk friends last Monday. We inflicted Cards Against Humanity against a bunch of new people. I also learned how being creative with clues on Taboo can be especially daunting with people with whom I have no shared memories with.

New Year's Eve was also a big thing. For some reason, I wasn't psyched about stepping to see the street ablaze with fire crackers, though I don't think I was the only one. The noise and smoke barrage lasted for only about 15 or so minutes. Either the neighbors were cutting back or celebrating elsewhere.

I did get to see some friends  haven't seen in forever later in the day though. Jovan and I visited Rocky and Tobie (after a year) and we played some games. I got to try Takenoko and Love Letter before we headed off to to Jovan and Paul's place to see (Zuri who's in town for a couple of weeks). We tried Fortune and Glory - AND I WON! Definitely a good start to the year.


Speaking of games, I finished the "light side" campaign of Age of Wonders about a week ago and I really wanted to check out another one from my GOG.com vault before the break ended , so I started on the first Warlords Battlecry. It took me a while to get my bearings but I managed to master enough of the game to complete the first two campaigns.

One thing about this side of me, though, is that I'm really playing not for the gameplay but for the high fantasy, which is obviously a thematic interest of mine. My taste in books more than clearly reflects this, but right now I'm reading something that's just a little out of my comfort zone: Neil Gaiman's American Gods.

Admittedly, I'm only interested because popular opinion seems to be that Gaiman can do no wrong and I wanted to see what I've been missing. Urban fantasy has never really been my thing and this book hasn't swayed me yet. I'm only nine chapters in and, unless there's some element of fantasy or mythology in a scene, I seriously get bored. 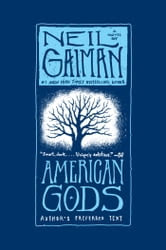 I also read the first few issues of Jonathan Hickman's "New Avengers" and Rick Remender's "Uncanny Avengers" thanks to Comixology's holiday sale, as well as Hickman's initial story arc on "Avengers" care of Marvel's digital collection promo. I thought that the best way to really enjoy them is quit to pining for the Avengers of old. I just have to deal with the fact that they're never coming back.

Speaking of old things that are never coming back, Chevy Chase is really gone from Community (well, somewhat). I just caught the first two episodes of the new season, and yeah, I'm still on board.

So anyway, that about wraps up the first of what I hoped would be a consistent weekly thing. I just came home from playing EVEN MORE games with Jovan, Alec, and Marks Poa and Escay. We tried a Pacific Rim game, a 3D Monopoly game, and a Back to the Future game. Gee, I'm sensing a pattern here.
Posted by Unknown at 6:24 AM