4 Medals and a Trophy 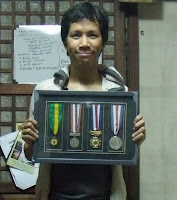 Thank goodness for long weekends for the time to get stuff done and be able to blog about it. I haven't blogged in a while and this entry is one of those I've been wanting to share for the longest time.

You see, one of my issues in high school was that I never got to be awarded anything. I tried joining drawing and writing contests but never once placed. Blame it on the amount of great talent we had in Community of Learners. We're a small school, mind you, so it's easy to get noticed if you're brilliant in one way or another.

It's also easy to feel mediocre and unimportant.

It didn't help that I played no sports nor was I academically gifted. I loved doing productions and plays but I'm always relegated among the red shirts. I never really shone at anything!

This frustration was among the reasons I chose to delay college after junior year and fly to Canada to finish my high school (and ideally my life) there.

It was a good call on my part.

About 2 years later, I came back to Manila and enrolled in DECS' home study program. Upon graduation, I clenched my very first medal: 3rd honor (among hundreds of graduates). Not bad considering I didn't have any tutors at all. I would've been first honor and the other two above me would have been Valedictorian and Salutatorian. Sadly, schools are only allowed one of each and since our school had "regular" students as well, those titles belonged to them. A little trivia: Our first honor was actress Dimples Romana. 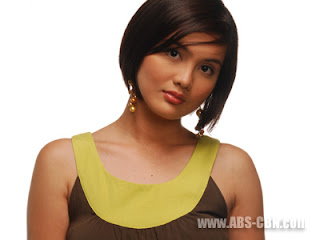 After that little victory, I knew I was ready for college. So off to UST I went. I had so many plans and things I wanted to pursue, but there was one I did not realize I was even decent at: Debating! Which gave me my 3 other medals.

I had encountered debaters my freshman year mostly because of my political activities. By my sophomore year, I decided to give it a shot and voila! There I was representing Communication Arts (CA) for 2002's AB Debate Series! I was winning my rounds and inching my way to the finals and snagging the 3rd best speaker slot. 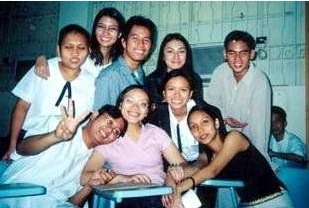 However, my promising debating career had to give way to my career in student politics, which was bubbling by then. I won my first election and was holding other positions, so I didn't have much time to debate anymore. I did represent CA again in my junior year though - as a cheerdancer! We placed 1st runner-up! 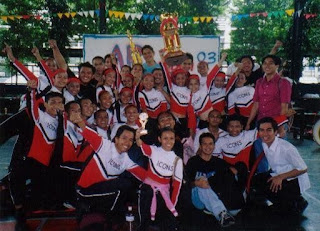 By the end of my junior year, everyone expected me to run for the student council - an opportunity I've been waiting for since freshman year but ultimately turned down to run for CASA instead. I guess my campaign was bolstered by my winning my first and only trophy: Best Male Presenter of the very first Junior AdQuest, which happened the weekend before the start of campaign season.
I had never felt like a break out star before or since - getting recognition, earning medals, winning elections. I was on fire!

My last two medals were from senior year. I had to represent CA again for the 2004 AB Debate Series because we had a shortage of members needed to complete the roster. I was awarded 7th best speaker, which is way below the 3rd I won the last time I competed, but it was just deserving. I wasn't training after all, and there were others who did really great during that tournament.

My last medal was for representing my college, the Faculty of Arts and Letters, in the 2005 Crossfire Debate Competition, which was a debate show televised around the campus. Our team managed to make it to the finals but lost to UST High Shool. Again, it wasn't a big loss because we weren't training for it as hard as the other team did, but we gave a good debate. I couldn't have asked for a better round to cap off my career and my college life.

This is definitely a case of "it will come to you when you're ready". It took some time but I got there. I have 4 medals, which I've been meaning to frame for the longest time that I only got around to doing now, and a trophy to display in my room.

Yes, they may not be the ultimate awards, but I did get the ultimate reward: Confidence not to feel mediocre and unimportant anymore. Don't know if and when I'll be able to snag medals and a trophy again, but I'd like to celebrate what I have. 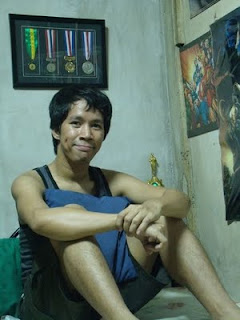